Organizations need to be more agile to adapt to ongoing and unpredictable changes. We need to get rid of some traditional fundamentals of management, because they no longer work. Becoming an agile organization is about introducing new key-principles in just the right places.

The world has become flatter, faster and more complex. The speed of technological progress is growing exponentially and small incidents have a major, unexpected and unprecedented impact. Things are in constant change. Plans and strategies lose their power, as they are surpassed and made obsolete by reality.

The old tools are no longer sharp enough

How is management reacting to this new business environment? We are using the same instruments we acquired in the 20th century: We improve planning and controlling – but what if the plans become obsolete? We further boost eﬃciency and streamline structures – but how, then, are businesses to generate flexible reactions? We foster competitiveness between units – but how do we make these competitors trust each other and co-operate? Lastly, we use the new information technologies to involve management more closely in operational work, thereby centralizing decision-making power. However, following the demands of the changed circumstances, the question, here, is again: How are we to make good and fast decisions without really knowing the situation »out there«?

Obviously, we will have to change some of our basic paradigms. According to a McKinsey survey from 2015, 50 percent of companies go through significant structural changes every two to three years, but the companies themselves consider less than 25 percent of these redesigns successful. Often, the changes either fail completely or the new concepts are already obsolete when they are finally implemented.

How do we become (more) agile?

While there is no ultimate recipe for the agile organization, managers should consider the following fundamentals:

In organizations, only those on the »frontline« commonly have the necessary know-how to make operational decisions. However, what they lack is the understanding of the broader context, which is typically reserved for management. Agile organizations resolve this situation by installing radical transparency: the understanding of the broad context is for everybody. Consequently, people on the »frontline« (in Sales, Service, Production) can make good and fast decisions.

Agile organizations foster co-operation between units by building linkages between them. This includes people rotating between units, working in flexible and cross-functional teams, placing teams closely together, building »liaison« functions, etc., therefore making it easy for people to co-operate, decide and act quickly. Lengthy decision processes via the hierarchical ladder are avoided.

Long and expensive development and release processes are obstacles for agile organizations. Instead, they follow an approach of trying out ideas quickly (»prototyping«), with short feedback and adaptation loops. By fostering a culture of »learning from« instead of »avoiding mistakes«, agile organizations speed up innovation – methods like Design Thinking show how to do so.

How do we ensure that the organization is moving in the right direction? Instead of adhering to comprehensive and detailed job descriptions, members of agile organizations are collectively guided by an inspiring purpose and vision, as well as some fundamental principles and a common understanding of the business opportunities they want to pursue.

In more agile organizations management has a different role. It focuses on organizing communication, access to information, lateral networking and a common purpose. The new motto is: »eyes on – hands off« – to have an eye on what is going on without being involved in all the operational details.

Becoming more agile is a change-process

Agile organizations are based on autonomy and self-responsibility of their members. But it will not work to simply »let go of« the authority and power from the management without creating the necessary frame and conditions in the organization as well as a broad understanding and the necessary skills of the people.

Becoming more agile is a step-by-step change process of implementing the elements described above. The new culture must be reflected in this change process: a clear idea from the management and understanding of their new role, openness, broad involvement of the staff and a logic of trying out new ways of working, short-term evaluation and continuous improvement.

Founded in 1958, Gore has grown into a highly innovative, global company with more than 10,000 employees (»associates«) in 30 countries and a turnover of US$ 3 billion. Based on the versatile material PTFE and their extra-ordinary innovativeness, Gore has developed three main business-areas: medical implants, fabric laminates (known as GORE-TEX®) and several further specific applications for all kinds of industries. Gore’s basic organizational structure is flat – anyone can discuss any issue with anyone, including the CEO. They call it a »lattice-organization« – a horizontal network of peers. Instead of »bosses,« they have leaders and sponsors, without a fixed or assigned authority. Leadership is based on a gravitational logic: Those who have the skill, capability and followership function as leaders. Sponsors track the development of up to five people.

There are no fixed job descriptions, but people commit themselves to tasks/functions, mostly one main task at a time and sometimes a secondary commitment to another one. These commitments are flexible and vary according to necessity and personal ambition.

Co-operation is organized via teams of seven to eight people and teams co-operate among each other in clusters (e.g. regional). In order to keep the complexity of units low, there is a limit of 150 to 250 people per location. If a location grows beyond this number, it will be split. Personal engagement and development are based on strong commitments and objectives established by consensus.

Gore’s organization is based on high autonomy and self-responsibility. Personal autonomy is regulated by only four strong principles:

The organization is pretty performance-oriented, but performance metrics are set by the teams themselves once they start their task. Monitoring happens – among other measures – by team-members ranking each other according to contribution, and a similar process takes place between the teams. 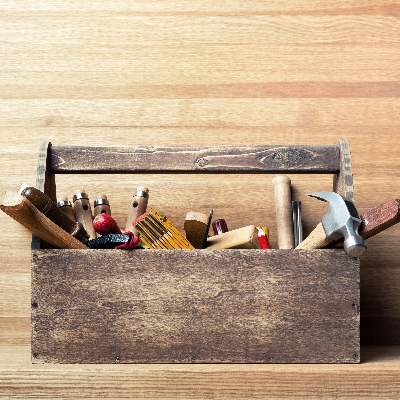 Be the best leader you can be.

Interventions which challenge but do not overload.