Borcad is a Czech company producing 2nd and 1st class seating for European passenger trains. We have been working with this client for over ten years. Through innovation and unique design, we have helped them become cutting edge in medical and railway technology. However, the company found itself in the position of having to take a serious look at the low and falling profitability of its products for multiple serious reasons.

The large customers for whom Borcad supplied seating had lost a number of important tenders because of their high prices. Thus, they were putting pressure on suppliers to reduce their costs – and this included Borcad. At the same time, wages were going up within the company, and some bought-in items became more expensive. The divergent business also needed to build a new production facility financed via a bank loan, increasing its fixed costs as well. All of this resulted in reduced product profitability.

As such, company management chose to apply a pilot Product Cost Saving project to one product range that comprised a large portion of revenues, thus triggering a change in thinking regarding costs. The objective was to reach acceptance of a new paradigm:

“It is just as important to design a functional, reliable and desirable product as it is to design it so that it brings exceptional profitability in reaching target costs.”

Product Cost Saving is a new approach to reducing product costs, which integrates several system approaches, all in a procedural, systematic way. It is based on a paradigm shift, stating that costs are influenced not only by choice of design, but also by the product strategy, the decision which requirements the company wants or does not want to serve. Regardless of the design, the economy of the product is also influenced by the company’s purchasing strategy – in which market and how smartly it buys.

Changing the product to reduce costs

We investigated all the requirements for this type of product and re-evaluated their fulfillment level by Borcad. We found several opportunities where it was possible to save costs by changing the level of meeting customer expectations and subsequently changing the design. Several sessions with customers followed to validate these changes (to ensure they did not perceive the changes as a reduction in value or as a potential risk).

We have fundamentally changed the assembly structure of some key structural nodes to reduce assembly costs, which, after material costs, were the most significant item. After negotiations with a supplier, we have been able to switch from in-house-welded profiles to the purchase of finished profiles from the standard offer. This led to a reduction in welding time in particular, transitioning from manual to robotic welding, and thus radically reducing costs.

Changing the systems to reduce costs

Reducing costs was not enough. A 30 % increase in order volumes in the medium term was confirmed with customers, but it was clear that the production system would not be able to cope with the increase in its current state. Therefore, a number of changes were implemented in the purchasing process and system, in the production process and production system (e.g. 25 % increase in the output of the paint shop), in the assembly system (new assembly layout, equipping workstations with tools, etc.), and in planning (switch to a new information system). Changes were also made to the technology of assembling parts and sub-assemblies (modifications to the top and bottom frame to allow robotic welding and elimination of manual welding). Pilot tests of the new system showed the ability to reach 90 % of the target performance, which was sufficient.

It turned out that a significant part of the items purchased in terms of costs  were upholstered parts. After cost analysis and negotiation with the supplier, it was decided to move these items in-house (insourcing) and produce them 25 % cheaper. For a few other items, it was possible to change the cost ownership in the opposite direction by outsourcing to suppliers in order to reduce costs.

Within the project and working with a multi-professional team, we reduced the direct costs of the train seats by dozens of percentage points while maintaining the functional quality and reliability of the products. Over the ten months the project ran, we managed to develop, test and validate a solution for the customer with a financial benefit that couldn’t be achieved through process improvement alone. We provided methodology, training, project management and co-creation. The project results – cost savings ­ were also clearly reflected in the company’s EBITDA. 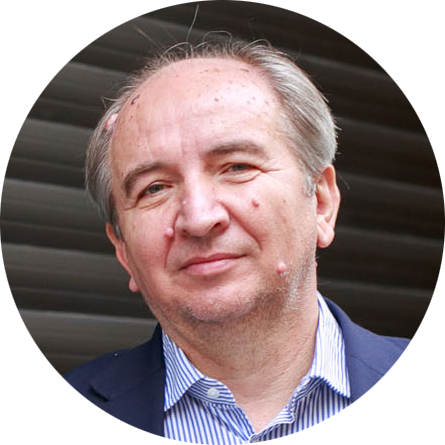 Design for Manufacture and Assembly