More than a Journey 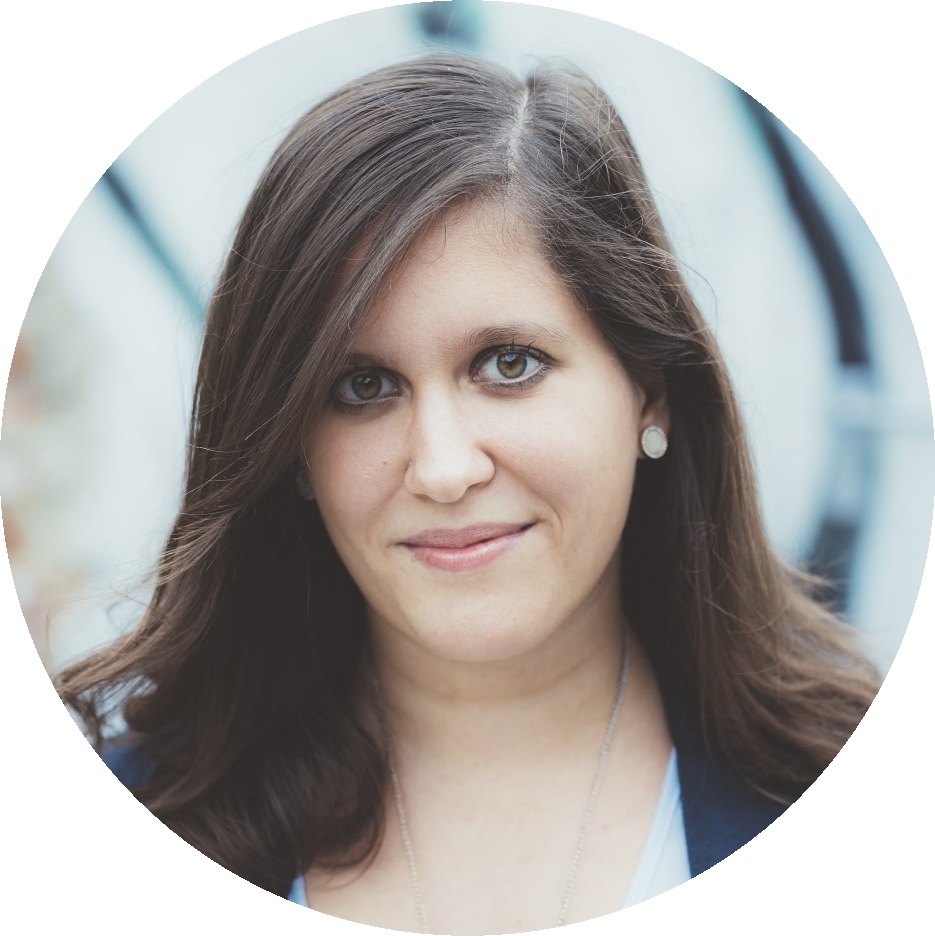 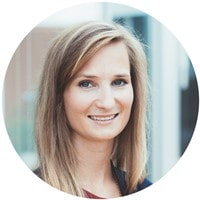 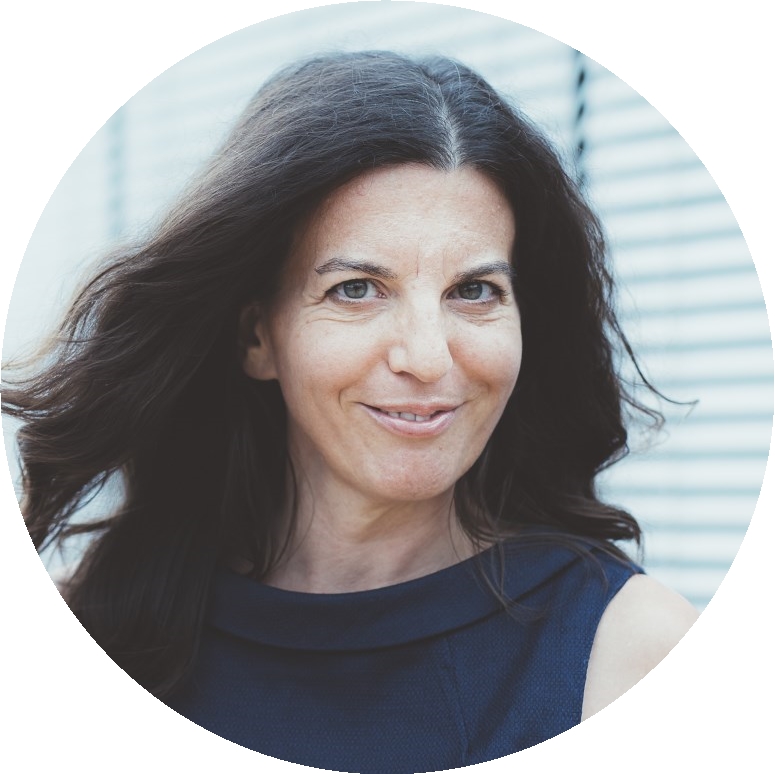 It’s Saturday, September 24. San Francisco welcomes us with bright and sunny weather instead of the anticipated fog. We are curious and excited to dive deep into the Bay Area experience. Having heard, read and seen so much about Silicon Valley, we are more than eager to learn.

What makes Silicon Valley such a unique place that attracts thousands of visitors from all over the world every year? What are the »secret ingredients« of the Bay Area and can some of them be transferred to Europe or other parts of the world?

During our learning journey in San Francisco and Palo Alto, we had the opportunity to get in touch with all different kinds of organizations at the leading edge of technology, design, workplace innovation and social innovation. From inspiring young entrepreneurs that came to Silicon Valley with nothing but their idea, to venture capitalists, makerspaces and established companies with famous names like Google, SAP and Cisco, we experienced a week full of insights and learnings – but also a lot of questions we took with us as we returned.

From the many experiences we had during this trip, we want to share some highlights of our learnings; we believe that these »golden nuggets« that we came across contribute to a big part of what makes Silicon Valley such a special place. It might be worth thinking about ways to transfer these learnings into the current reality of organizations elsewhere in the world to create inspiring and supportive surroundings that foster innovation.

It’s shopping week in Stanford. Students run around and attend lectures all over the campus to find out which ones to choose for the upcoming term. We are sitting in the opening lecture of Bill Cockayne, founder of LeadX and Stanford professor of Foresight and Technological Innovation. His opening statement: »Tell me what you want to achieve and I’ll tell you who to connect with.« Does this phrase sound familiar to you? For people living, studying or working in the Bay Area it does. Networks mean everything and it is common to share them with everyone, as well.

While universities in Europe focus on teaching knowledge, Stanford focuses on providing students with resources for success. And key resources for success are mentorship and a strong community. It starts at Stanford but doesn’t stop there. Sitting in Philz Coffee House, you’ll hear young entrepreneurs pitching their ideas to others. They pitch not only for money, but also for connections. Every pitch may result in a new link in their network that brings them closer to their dream of becoming a Silicon Valley unicorn.

Coming from a seemingly different world, we ask ourselves how this is possible. We are familiar with being careful with our ideas – what if somebody steals them or starts working against us? It’s a grown culture of trust which makes the Bay Area so special for entrepreneurs. Ambassadors of that culture explain the phenomenon as a circle of entrepreneurship and trust. When you are young and at the beginning of your business, you’ll get paid forward; people will help you achieve your dream. Later on, being successful like Bill Cockayne or Andrew Goldner, founder of GrowthX, a venture capital fund in San Francisco, you’ll start giving back by mentoring young entrepreneurs. When asked why they do it, they answer simply: because we love helping people; we give back the help we received years ago. Asking ourselves what we can learn from them – start the momentum, start mentoring.

Do what you love – love what you do

»I am really passionate about what I do« might be one of the most used phrases we came across on our learning journey – and people really mean it. Following one’s ambitions while also working hard to succeed is one of the secrets of people’s motivation in Silicon Valley. Personal engagement to realize your dream does not follow a nine-to-five mentality: Employees at Twitter have no fixed working hours – they may work whenever they want to. Employees at Google can spend 20 percent of their time working on projects of their very own choosing – they can bring together a new team or join an existing one. The same idea applies to job promotion: You get promoted if you think and act big. Changing jobs or founding a startup in order to follow your ambitions is very common; usually, people do not stay at the same company for more than two or three years.

Compared to this, many European companies are quite traditional employers: They might be able to attract and also retain great people but quite often, they keep the talent in »golden cages« – loyalty to the organization is still usually tightly connected to a long-term commitment to the organization.

A trend towards a very different workplace reality is not only visible in Silicon Valley: 50 percent of U.S. workers will be freelancers in 2020. Upwork – a merger of Odesk and Elaine – is running an Uber-like business with its freelancer platform that generates turnover of US$ 1 billion. Minding these trends, the question comes up as to how people might be affected by these developments: Is it more stressful to work in Central Europe compared to Silicon Valley? Maybe an answer to this question can be found in the type of stress that is caused by different kinds of workplaces. While we often come across »bad« stress caused by micropolitics or a lack of appreciation, stress can also motivate us. The latter is a form of positive stress that we experienced in the Bay Area: People are deeply committed to serving a common purpose, whether they are working for their own startup, at a big company or for an NGO.

Failures – a precious source of learning

A remarkable example to illustrate the important role of learning from things that simply did not work out comes from Google: After a project turned out to be just the wrong course of action and was therefore ended – with an already remarkable sum of money spent – the project manager responsible was promoted. While that might sound odd, it makes perfect sense when looking at the consequences; because of that failing project and – even more importantly – because of the project manager’s honest reaction to admit that failure, an organizational learning process had been triggered that was of great use to Google.

As David Weekly from Google put it, the commonly shared attitude towards action is to »ask for forgiveness, not for permission.« People at Google are being trusted – trusted that they will act responsibly to develop Google further with all resources they need to take action. People are also trusted that they will not take actions that are prone to be a failure upfront – they are trusted that, based on their competencies and their commitment to Google as a company, they will add to the company in the best way they can. Trusting in your employees also demands a lot of the people working at such a company: For the trust given, they are also expected to take responsibility. It is a process of giving and taking.

During our journey, we sensed an incredible drive and motivation in literally all people we met. It seems that – at least to some extent – this is possible because there is no such fear of failure, there is no trying to develop all kinds of backup plans just to be safe – there is only do.

Didn’t they have enough money to complete the oﬃce space? Coming to Silicon Valley, we were quite surprised by what oﬃces look like in the Bay Area. What we found there is very different from many shiny, new oﬃce environments in Austria or Germany. A lot of the places we saw did not seem to be »finished.« And they are – as we learned – not meant to be »finished.«

As flexibility plays an important role in how people work together in the Valley – the way space is designed reflects this quest for flexibility; desks and chairs can be easily rearranged and adjusted in height, and there are open spaces to gather for group work and more private rooms for small meetings. These spaces also allow informality: Big kitchens invite employees to cook and eat together. Events like »Beer-on-Thursday« are organized frequently. There is also space for spontaneous celebrations – they are simply announced by the sound of a big Chinese gong.

The oﬃce as a constructive playground – that was the overall impression we had in different workspaces of organizations: Walls everyone can write on are more the rule rather than the exception. A high percentage of the surfaces are whiteboards to write down ideas immediately; that way, the thoughts are not lost.

Apart from oﬃce spaces created to foster co-working, sharing and developing ideas, there are also specially tailored spaces to support the realization of ideas from individuals: Makerspaces. Building on the slogan »Talk less – do more!,« makerspaces allow rapid prototyping, experimenting with new technologies and applications. There are internal makerspaces of organiza-tions like SAP Labs, and fully equipped workshops for everybody, like TechShop in San Francisco. Besides laser cutters, 3D printers and different materials to work with (wood, textiles, metal and plastics), TechShop also offers classes in specific topics or equipment as well as support staff – called Dream Consultants – to enable quick results. With free coffee, fresh popcorn and an open sharing atmosphere, work is actually fun there.

All over San Francisco’s co-working spaces and in Silicon Valley, you find them on the walls – quotes like »believe you can and you are halfway there,« »set your goals high and don’t stop until you get there,« »do something amazing.« It is all about aiming high. At Stanford University, first-year students were asked to talk about their vision, and the example given by the lecturer was nothing less than Elon Musk’s goal to travel to Mars. We Europeans might shy away from this clear statement to strive for success; we might even react cynically. But why? There is a lot we can learn.

A mentor-coach from the German Accelerator program in Silicon Valley told us that the topic he talks about most with young German entrepreneurs is attitude and cultural differences between Europe and the Valley. He encourages them to enter the market at an earlier stage instead of over-engineering products and services – to plan less and to risk and do more. There is not so much »what if;« you ask the questions when you get there and cross the bridge. Daring is a key ingredient to aiming big.

On an organizational level, thinking big in the era of digitalization means beeing able to adapt to rapid and disruptive changes and yet grow. Large, matrixed organizations may find this diﬃcult. »Exponential Organizations« (ExOs) do not grow linearly but exponentially; they have higher impact than their peers and are faster and cheaper – but how? The key is that ExOs access resources they do not own, like Google, who does not own the webpages it scans. Information is their greatest asset, a source with the potential to double regularly. ExOs also use techniques that leverage accelerating technologies; e.g. they apply only short-term plans, provide their leaders with change skills, rent instead of own, and establish partnerships with Accelerators. When they talk about their »Massive Transformative Purpose« it sounds like: »Organize the world’s information« (Google) or »Positively impact one billion people« (Singularity University), clearly thinking big.

More than a journey! Read about our experiences and learnings from our learning journey to Silicon Valley.

Transylvania, the next Silicon Valley of Europe?